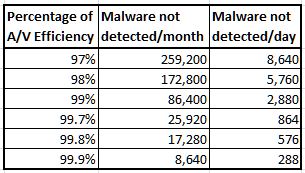 A federal judge on December 27 ruled that a National Security Agency (NSA) program that collects enormous troves of phone records is legal. The latest decision, from Judge William H. Pauley III in New York, could not have been more different from one issued on Dec. 16 by Judge Richard J. Leon in Washington, who ruled that the program was “almost Orwellian” and probably unconstitutional.

I leave it up to the legal system to make the final decision, but…

NSA is not directly collecting the data, that is left to private companies. These companies collect data on people, practically “on every move you make”, that made available to other companies for a fee. The collector can be your phone company, wired or wireless, internet service providers or search engines, pharmacies, or whatever you name, it’s all out there. And again, this data is for sale to improve corporation profitability and doing so, the data is no longer private. All NSA is doing is to acquire this data, either for free, or for a fee like any other corporations.

All of this data about you had created a new business, data brokers. Most of these business has little, or no regulatory compliance requirements. These brokers may specialize in certain activities of yours; however, they will all maintain your:

You all know, or should know, how search engines identify you and track all of your activities on the web. (There’s no reason to single out Google as the greatest threat to your privacy, but they do deserve a not so honorable mention.) The search engine companies sell this data to advertiser, who in return peddle their customers’ products to you. The advertisements are so sophisticated, that by the time you click on a link the advertisement, the advertisement is there. The response time for popping up advertisement is measured in milliseconds…

*-How a data broker can obtain your prescription history in the world of HIPAA, HITECH, and other federal regulations is beyond me. Especially when the quoted purpose from their websites states:

If you still believe that “I have nothing to hide”, just remember next time, when your insurance rates are substantially increased, to send a thank you note to Milliman…